May 3, 2022 admin Find Legitimate Modeling Agencies Near Me, Insights 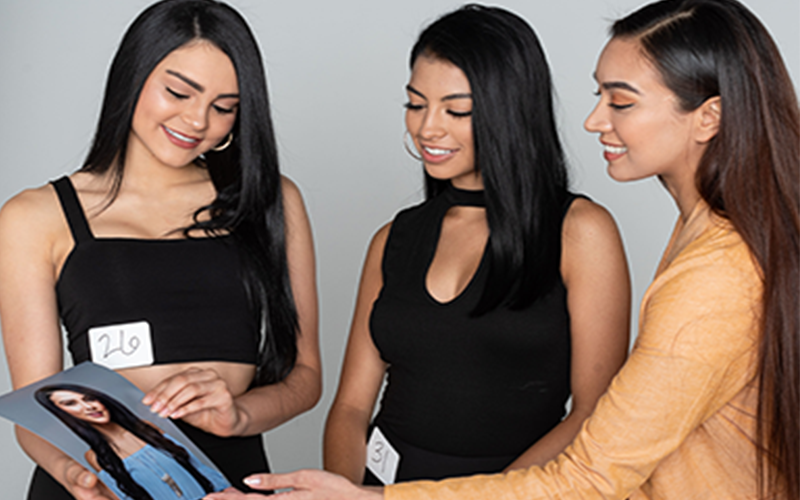 Winter Olympian Eileen Gu has not just been a great athlete, competing in the Winter Olympics, but she has something more under her belt. Gu has spent years building her identity as a highly bankable model with an appeal to both Asian and Western brands. Commercial modeling agencies from far and wide are aiming for more diversity among their models to provide equal representation from everyone. Modeling agencies are also welcoming people with disabilities into their ranks to rid the industry of the stigma.

Gu has attracted many followers in China, where she goes by Gu Ailing, her Chinese name. The country has also given her the nickname “Snow Princess,” making her particularly appealing to big brands. Gu’s ability to communicate in Mandarin was a stepping stone to land spots on billboards, Chinese television commercials, and even milk cartons for Mongolia’s Chinese Mengniu Dairy. She has also modelled for Luckin Coffee, JD.com, and China Mobile in the past few months.

The athlete could earn around 15 million yuan (£1.92 million) for each endorsement in China, according to the Asian edition of Campaign, a huge advertising and marketing magazine in the industry—and that was even before she achieved gold medals.

Gu has a track record of combining impressions at A-list fashion shows and big deals with high-profile magazines. She was spotted at huge events like 2019’s Paris Fashion Week and has since been seen on the red carpet in a Carolina Herrera bubble dress in the infamously exclusive Met Gala, as well as sitting on the front row of Louis Vuitton.

The athlete said that modeling, like skiing, necessitates a great deal of personality and expression. It necessitates imagination, self-assurance, and the ability to learn and adapt. She added that her transitioning between skiing and modeling was a break. It also helped her practise in each area, helping her to eventually feel more motivated in both careers.

Gu has also graced the covers of Elle and GQ in Chinese editions. The athlete recently explored her identity’s complexities under the theme “code switch” as guest editor of Vogue China’s Gen-Z-focused bimonthly issue, Vogue+.

Gu’s social media is also a fashion hotspot. Her feeds switch between style and sports, with photos from the slopes placed alongside her latest fashion editorials and modeling shoots, whether she’s writing to millions of followers on Weibo or Xiaohongshu, the Chinese equivalents of Twitter and Instagram, respectively, or posting to Instagram.

Her appeal to a broad range of audiences is the primary reason commercial modeling agencies want to sign her up.

Gu has made a stepping stone out of her public platform to introduce Chinese culture and strengthen her fashion credentials, even in the midst of competition. Gu’s rise to fame occurred when Western brands are frequently targeted for perceived transgressions, ranging from casting models who don’t meet Chinese beauty standards to printing T-shirts that refer to Macau and Hong Kong as countries rather than cities. Her refusal to discuss politics could help her build a reputation as a low-risk ambassador.

Her diplomatic approach is similar to that of tennis player Emma Raducanu, who won the US Open last year and was praised by state media and trended on Weibo. Raducanu has since signed deals with brands such as Dior, with talent manager Jonathan Shalit predicting that she will earn “well over $100 million” in sponsorship deals by 2022.

On the other side of the globe, Sofia Jirau, a 24-year-old Puerto Rican model with Down syndrome, has been named Victoria’s Secret’s first-ever Down syndrome model. This great endeavour to welcome models with Down syndrome encourages all commercial modeling agencies in the UK and across the world to do the same.

It is a watershed moment for the company and the global movement to involve more models with disabilities on runways. The Puerto Rican model was chosen for Victoria’s Secret’s campaign promoting the Love Cloud Collection, a line of bras and underwear. This campaign will be modelled by 18 “dynamic” women who will reinforce Victoria’s Secret’s commitment to celebrating and welcoming all women. It will be the “first of its kind campaign for the brand.”

She continues to model in the United States and runs her own online store, “Alavett,” which is named after her favourite phrase, “I love it,” and sells clothing, accessories, and other home goods.

Luxury brand Gucci Beauty announced in 2020 that it had worked with Ellie Goldstein, another model with Down syndrome, as part of its model diversity initiative. When the company released Goldstein’s photo wearing Gucci Beauty mascara, it instantly became viral on Instagram.

Down syndrome is characterized by an extra chromosome in babies, resulting in physical characteristics and developmental difficulties. Researchers and doctors are baffled as to why and how Down syndrome develops. According to the CDC, pregnant women 35 or older are more likely to have a Down syndrome-affected pregnancy than those who become pregnant at a younger age.

Chase the Dream and Realise It

If you are dreaming of becoming one of the world’s top models, then you have to chase that dream. Work hard and connect with people who are able to help you realise your dream.

Model Scouters has created the ultimate experience for those interested in pursuing a career as a model, and we take pride in the invaluable advice and tools we provide to help you market yourself and break into this competitive industry. We have model industry experts with years of experience who have assisted many aspiring models in taking the first steps toward their dream of becoming a model and helping them find the best modeling agencies holding the same values and work ethics.

Visit our website at modelscouters.com to get started on your journey. We will be glad to help push you towards your goals and aspirations.

How all-inclusive modeling agencies are changing the game

How to find the right modeling agency for you